What’s in the Box: Maple Madness 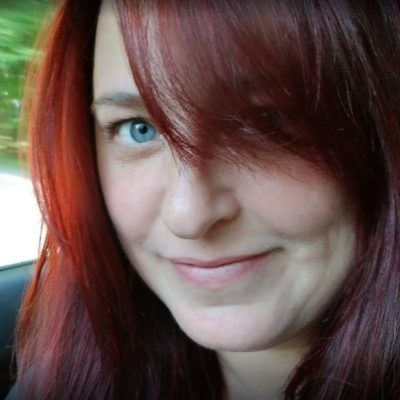 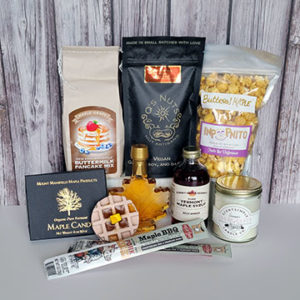 Pure, New England maple syrup is pure perfection. One taste of it atop a stack of pancakes, and it’s clear why it outshines the fake, processed versions.

Maple syrup is made solely from maple tree sap which is boiled down to a thicker consistency. The natural sugars caramelize, producing maple syrup’s characteristic rich color and flavor.

On the other hand, pancake or table syrups are highly processed. The primary ingredient is corn syrup and/or high-fructose corn syrup. They also contain added coloring, flavoring, and preservatives to attempt to mirror the look and taste of pure maple syrup. (They fail.) 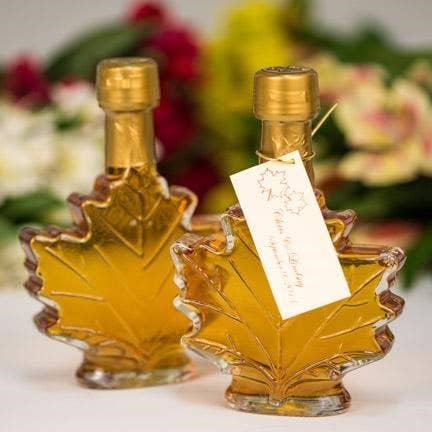 When it comes to maple syrup, Vermont dominates. They have the perfect climate and the perfect craftsmen to perfect the art of sugaring. In 2019, the state of Vermont produced over two million gallons of maple syrup. That’s a staggering amount, and I’m so grateful for it.

Because Vermont reigns in the Maple Kingdom, we’ve included two incredible syrups for you in the Maple Madness box. One is from Dorset Maple Reserve, a pristine 500-acre sugar maple forest located in the beautiful Green Mountains of Vermont. They note that “responsibility for the exquisite flavor is credited to the land’s limestone-based soils that deliver high calcium content water to the undisturbed maple forest.” I trust their judgement because I’ve had their syrup, and it’s a-MA-zing.

We’ve also included syrup from Mount Mansfield Maple Products, nestled within the foothills of the Vermont Green Mountains. They have been producing syrup for generations, but our absolute favorite thing about them is their commitment to sustainability through their certified organic farm. They’ve won a plethora of awards for their quality and commitment to the environment. And to top it all off, the bottle is adorable.

While Vermont produces the most, we are compelled to note there are other New England maple syrup producers. New Hampshire values quality over quantity. Its output is regarded as some of the best, highest-grade maple syrup available. And our northern friends in Maine maintain the most stringent regulations for the production and grading of maple syrup. Maine laws are strict regarding production, so you can be sure that you’re getting a consistently great product.

When I think of maple syrup, I envision it dripping down the sides of a huge stack of pancakes. To help you enjoy that same love, we’ve included a pancake mix from Maple Craft Foods in Connecticut. You can see the quality in the package before even starting to bake. Of note, they are also a fantastic maple producer and community supporter, but we also love their pancake mix, so we had to include that.

Of course, New England maple candy is a staple, and we couldn’t assemble a Maple Madness box without including it for you. If you’ve never had maple candy, take a nibble from one of the Mount Mansfield Maple’s masterpieces. Heavenly.

If you’re not yet familiar with Q’s Nuts in Massachusetts, I suspect they’re about to become a favorite for you. Try one piece of the Maple Bourbon Pecans, and you’ll see why we had to include them. They’re incredible.

And when you want a snack but can’t decide what to grab, you’ll never be disappointed by Inpopnito’s Buttered Maple popcorn, made in Rhode Island. Please trust us on this. We’ve “sampled” about a dozen bags, just to make sure you’ll like it. And you will. You really, really will.

Have you visited a maple producer in New England? There are so many fun options, like Maine Maple Sunday, New Hampshire Maple Month, Vermont Maple Open House Weekend, Massachusetts Maple Weekend, or the brand-new Connecticut Maple Weekend this year. It’s a fun experience not to be missed. To capture the scents you experience during a tour, we’ve included the Grampa’s Sugar Shack candle from ScentSimple Candle Company in Maine. Mainers know what a sugar shack smells like, and ScentSimple captured it perfectly. You’ll feel transported and will long for that pure maple delicacy.

If you love maple as much as we do, you’ll want it around constantly. That’s why we’ve included the super fun waffle and syrup soap from Chubby Chico Charms in New Hampshire. It’s adorable, smells heavenly, and will wash that syrup off your hands. Win-win-win!

We hope you enjoy our Maple Madness collection as much as we do. New England is known for its maple products, and we hope this box shows you why New England is the best producers of maple in the country. Let us know your favorite ways to enjoy maple. Share your thoughts with us! 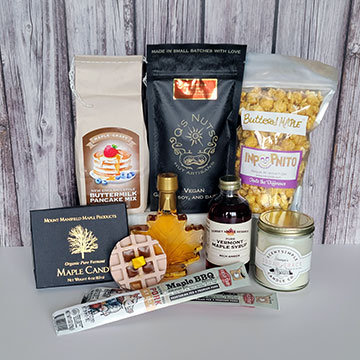 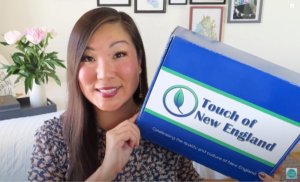 What You Can Expect 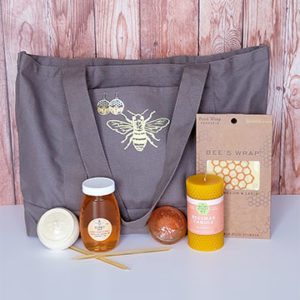 What’s in the Box: Bee My Honey

Save the Bees Honeybees are the ultimate eco-friendly producers. According 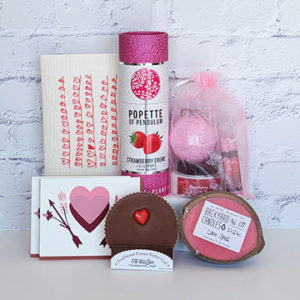 What’s in the Box: Cherish

2020 reminded us what is Good and rekindled our love for the planet, for our neighbors, and ourselves, and we want to share it with you.